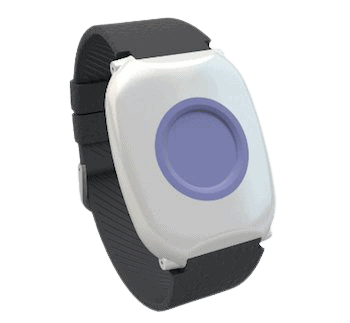 Share: copied!
The Senior List is compensated when you click on the provider links listed on this page. This compensation does not impact our ratings or reviews.
Pros & Cons Systems Overview Using the System Pricing Final Thoughts

Merging smart technology with the protection of a medical alert system, QMedic’s devices are a great — dare I say, smart — way to keep your loved one safe. With easy setup and minimal equipment to navigate, QMedic provides 24/7 support from emergency responders and added features such as activity monitoring.

A QMedic system is a great way to not only keep your loved one safe, but also keep track of their overall well-being.

Pro Tip: If you’re new to personal emergency response systems, then check out my comprehensive guide to medical alert devices to learn about systems, their costs, and how to use them in your home.

After extensive testing, here are my overall thoughts on QMedic:

FYI: As a smart medical alert system, QMedic can control the way calls and alerts are routed after you press your help button. Once the help button is activated, it will automatically route to the 24/7 call center or alert one of your preferred contacts.

After receiving my QMedic Cellular Medical Alert System, I opened the box and found the following:

When I received my system, I first filled out the Care Contacts Intake Form with a list of trusted contacts the QMedic call center would reach out to if given access.

Next, I plugged in the in-home base unit, which has a speakerphone and help button of its own. I waited until the center button turned green. Once it lit up, I knew it was connected and ready to go. When I pushed the help button, I was connected to a QMedic representative, who then connected me to a first responder or one of the trusted contacts on my Care Contacts Intake Form.

Did You Know: QMedic currently operates its systems in 46 states, partnering with Medicaid health plans throughout the U.S.

Testing the QMedic Medical Alert System was easier than I thought. After plugging it in, I waited until the green light lit up, and then the device let me know the help button was activated. After I received a voice command confirming the help button triggered an alert to the 24/7 call center, I used my handy stopwatch to time. It took approximately 30 seconds to hear from an operator at QMedic. That response time is standard, but longer than the response times of some competitors.

I tested my wrist wearable when I stepped outside for a walk. It wasn’t heavy or clunky, and after a while I forgot I was even wearing it. I was about 800 feet away from the in-home base unit, which helped me feel like I could do whatever I wanted without worrying about range. I started the testing process by pressing the blue button in the center of the waterproof wrist wearable, which triggered the in-home base unit, calling the 24/7 call center.

It’s helpful to have more smart technology options for monitoring loved ones. The QMedic caregiver dashboard includes features for compliance and call history, as well as other ways to monitor your loved one.

It also tells you whether the user is currently wearing their device or they need to be reminded to wear it, and breaks down the time the device was worn throughout a day or month. QMedic uses smart technology to gather data and identify irregular movement or sleep patterns that may trigger an emergency response or alert a trusted care contact. If the caregiver dashboard identifies something out of the ordinary, a QMedic operator will call. The caregiver dashboard also lets caregivers opt in for text or email alerts, which provide convenience and real-time data about the system or user activity.

To test my system’s caregiver features, I took off my wristband and went about my day. Later that afternoon, my husband received a text message informing him that I was not wearing my device. With nearly half of adults over 65 suffering from memory impairment, I thought this feature would come in handy. I also made several test calls to QMedic’s monitoring center. Even from a different room, my base station was able to pick up my voice and project audio loudly and clearly.

QMedic only lets you lease its equipment, instead of buying it. My QMedic cellular system cost $300 for a year, which is $25 per month. That’s a pretty good price for an in-home system, but I wasn’t a fan of being required to pay for it up front.

QMedic’s mobile system — which is also leased — is billed annually at $400. Unfortunately, QMedic does not have fall detection.

For more information on QMedic’s systems and their costs, visit the QMedic pricing page.

Pro Tip: Looking to save on a medical alert? Be sure to check out our guide to the best cheap medical alert systems.

QMedic’s advanced activity and compliance monitoring, customization options, and support for caregivers make it stand out. Although I have concerns about the company’s limited payment-plan options and lack of automatic fall detection, I think it’s a great solution for caregivers or family members who want to better care for an aging loved one.

Due to its combination of smart features and quick response times, QMedic is one of our top rated medical alert systems.

I’d recommend QMedic if you want:

I wouldn’t recommend QMedic if you want: