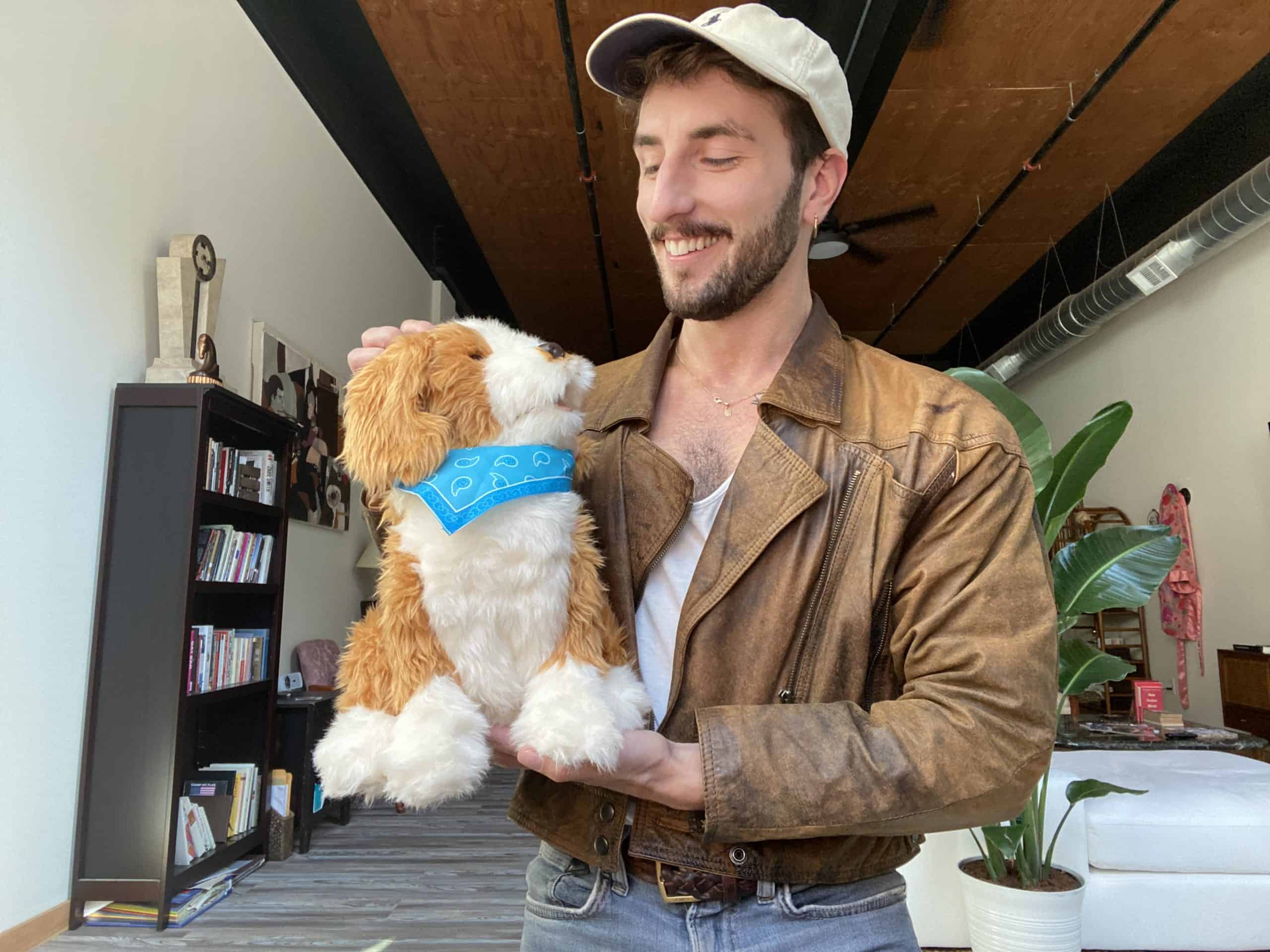 Joy for All Dog Review: Can a Robot Replace a Pet?

Share: copied!
The Senior List is compensated when you click on the provider links listed on this page. This compensation does not impact our ratings or reviews.
Pros and Cons Using My Robot Dog Bottom Line

Ample research shows that pet ownership can boost a person’s mood and even make them healthier, but owning a dog or cat isn’t viable for everyone. Restrictive living situations and mobility concerns can prevent seniors from properly caring for an animal, but what if there were a technological solution?

Joy for All’s companion pets are designed to simulate the kinship and comfort offered by a real animal. By creating realistic pet robots, the company hopes to recreate the feeling of owning a pet without the accompanying responsibilities.

After testing the company’s Companion Pet Pup — the dog model — I can safely say these robots are no replacement for a flesh-and-blood pet. There is, however, certainly some fun and “joy” to be had.

FYI: To learn more about the benefits of pet ownership for seniors, read our guide: 8 Reasons Why Seniors Should Adopt Pets.

Joy for All Dog Pros and Cons

After unboxing my Joy for All dog, the first thing I appreciated was its cuteness. The Joy for All website claims that its dogs have lifelike coats. That’s a bit of an overstatement, but it felt nice to pet my robot dog. Its coat felt smooth and pleasing to the touch.

I also appreciated that Joy for All included four 1.5-volt batteries with my purchase, so there was no setup involved.

(Side note: For the rest of the review, I’ll be referring to my Joy for All dog as Scout. This is what my mother named it after coming over to play.)

Scout’s features were somewhat limited. He could turn his head, raise his eyebrows, open his mouth, and bark and pant. Joy for All touts the realism of these movements and sounds, but they felt very, well, robot-like.

That’s not to say I didn’t enjoy whistling at Scout, causing him to look my way, rear back his head, and bark, but I was never “tricked” into thinking I was engaging with a real dog. Each time Scout moved, I heard a slight mechanical noise. Each time he barked, I could hear a tinny sound, like listening to music on a low-quality speaker.

Something else I would have appreciated is movement beyond facial expressions. Part of the joy of owning a dog is hearing it scamper across my floor. Scout (and the other Joy for All animals) stay in place, whether on your lap or the floor.

That probably would be less of an issue with the Joy for All cat or bird models. I’ve come to expect a certain degree of liveliness from dogs, but I could see the appeal of having a stationary cat on one’s lap.

One of Scout’s key features was his ability to respond to my voice and touch. According to Joy for All, Scout should respond to my voice with “bark-back technology.” In my experience, the feature worked about half the time. Sometimes I’d clap or whistle and receive a pleasant bark from Scout, while other times I would call out to him and hear nothing back.

The touch features seemed to work a bit more consistently. By petting Scout or scratching the back of his head, I would be greeted with barks and panting.

I don’t think a Joy for All pet is a bona fide replacement for the real thing. Scout is undeniably cute, but petting him felt much more like petting a high-quality stuffed animal than a real pooch.

Much evidence suggests that human-animal interactions have positive effects on the health and well-being of older adults, but I don’t think a Joy for All pet would have the same effect. At most, I think Scout could offer the therapy provided by clutching a favorite stuffed animal.

To learn more about emerging tech for seniors, check out our helpful guides.