At the Assistive Technology Industry Association conference in Orlando, we got a closer look at the newest glasses from IrisVision. Here’s what we learned. 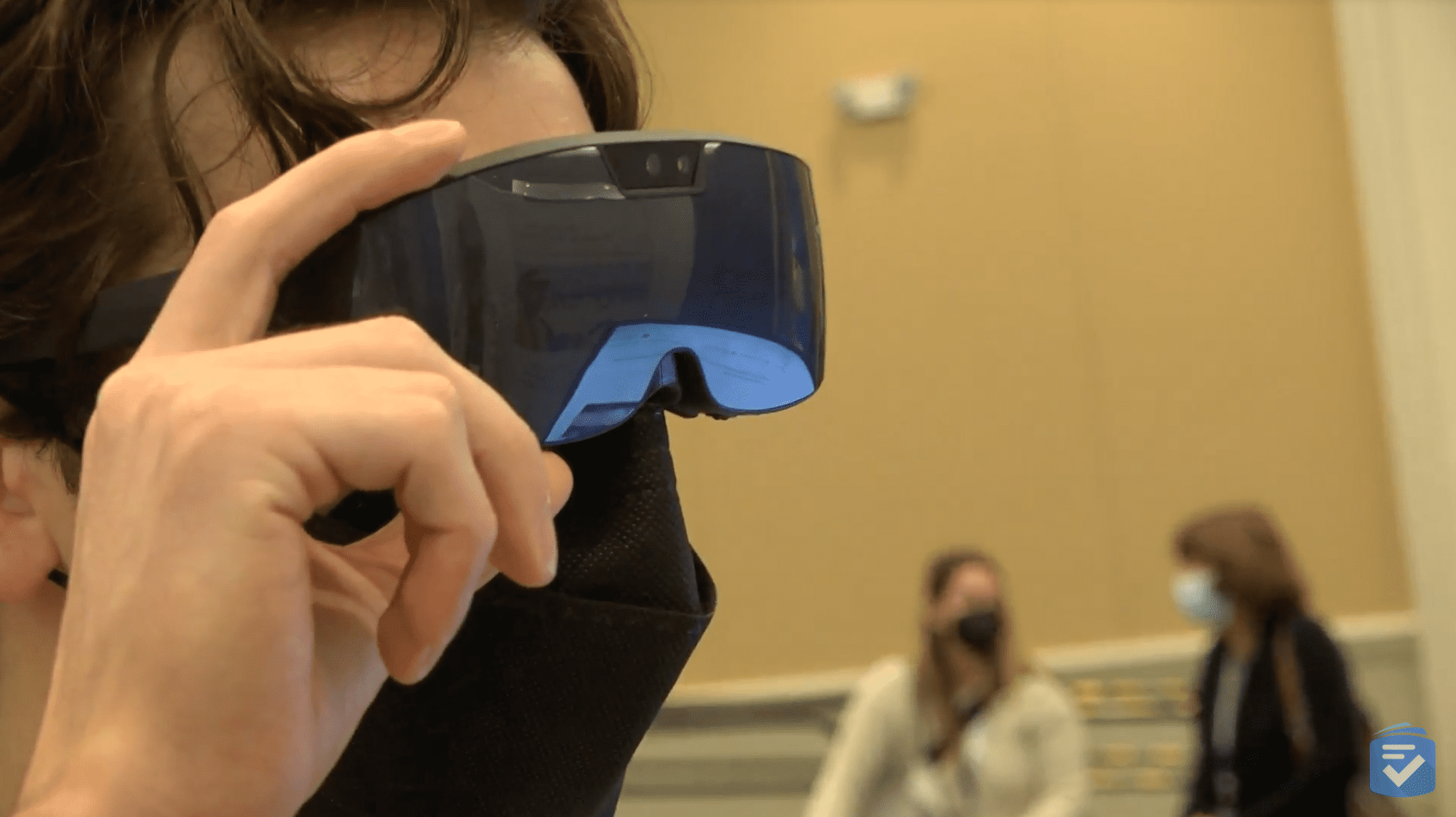 For people with macular degeneration, retinitis pigmentosa, or other moderate to severe visual impairments, an IrisVision device can help restore working vision. You can also try these devices for 30 days before committing.

Founded in 2014, IrisVision uses headsets and glasses to deliver working sight to people with low or impaired vision. The company offers two devices: IrisVision Inspire and IrisVision Live. Each device can be worn on your face, but, much like a pair of glasses or goggles, they differ slightly in their functionality.

The smaller of the two models, IrisVision Inspire is a lightweight headset that leverages your working vision in order to increase your visual capabilities. With its built-in software, the Inspire can quickly be adjusted for distance vision, up-close tasks such as reading, and even watching television.

The IrisVision Inspire can be controlled with its buttons, but it can also be controlled through voice commands. When I said, “Decrease brightness,” for example, the brightness levels on my vision were lowered. These glasses also feature a built-in cellular connection, allowing you to get remote support, pair with your phone, or even connect to YouTube.

A bit larger than the Inspire, IrisVision Live provides a more immersive visual experience. Covering your entire field of vision with its headset design, this headset features increased padding, greater light control, and a soft strap that fits around the back of your head.

How Much Does IrisVision Cost?

IrisVision Inspire costs $3,995, and Live costs $2,995. When you purchase either device, you’ll get one-on-one coaching sessions to help you learn to use it, as well as lifetime remote support and a one-year warranty.

Another factor to consider is that the Inspire includes free unlimited cellular data, whereas the Live’s 500 MB-per-month data plan costs $20 a month.