Elder Cohousing: The Future of Eldercare

In my work with families (those that are placing a loved one in a care community), I am often asked about the future of long term care.  Many people I talk with are uncomfortable with the concept of long term care for themselves but think it’s adequate for their parents.  I have good news and bad news: 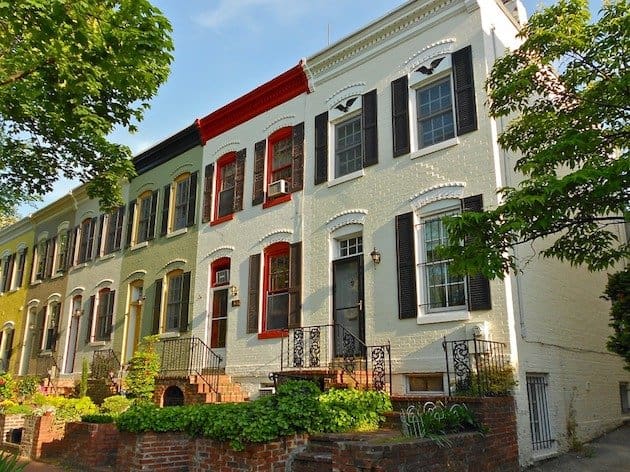 What is Elder CoHousing?

There is an alternative to long term care options known as Elder cohousing, but don’t expect it to show up in your neighborhood anytime soon.  The co-housing model was adopted from Denmark and migrated to the US in 1988.  Initially conceived as multi-generational co-housing, neighbors adopted rules and built structures that allowed them to live while supporting one another.

Members of the co-housing community share common facilities and incorporate non-hierarchical decision-making, (two of the six main characteristics that all co-housing communities share).  Now, a similar concept (Elder co-housing) is becoming more popular with the 50+ crowd in the US.

Elder co-housing is an environmentally sustainable alternative to the existing models of housing for boomers and seniors who yearn for their independence within a supportive community environment.

Studies suggest that people remain healthier and may live more independently if they have strong community ties.

Co-housing fits this prescription perfectly as each member of a co-housing project has duties and contributions they are expected to provide. In one cohousing community, members’ professions included the following:  Architect and Project Manager, Technical illustrator/painter/sculptor, Librarian, Builder/Developer, Teacher, Retired English professor, Financial Planner, Ombudsman, Psychotherapist, Retired businessman, Social services for youth in prison. Quite a mix indeed.

If a member of an elder co-housing project needs care at some point in their journey, they continue to live at the site for as long as possible. Members are expected to help provide for one another; some will hire in-home care or employ caregivers for those who are in need.

In the event that a member needs to live in a long term care community, members of the elder cooperative will continue to remain a part of the member’s life. This allows members to age in place for as long as possible, decreasing the financial, psychosocial, and health burden of the individual.

If you would like to learn more about elder cohousing, or how to form your own cohousing project, visit www.cohousing.org.

Elder Cohousing Is A Growing Option For Aging Adults

When you hit your 60’s and 70’s are you going to be able to comfortably live at home?  The term that insiders use to describe aging in one’s home is commonly referred to as “aging-in-place“.  Do you know what your health will be like in your later years? Are you one who becomes anxious just hearing the term “nursing home“?  If this describes you, your sweet-spot might be a little known option called elder cohousing. 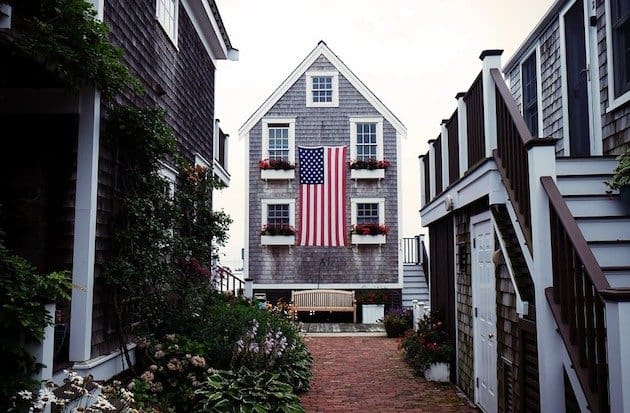 As we wrote back in 2010, the elder cohousing model was adopted from Denmark and migrated to the US in 1988. Initially conceived as multi-generational cohousing, neighbors adopted rules and built structures that allowed them to live while supporting one another.  Today, around 8% of Danish households are cohousing models.

The typical cohousing model consists of a common house where members work together and share cooking, eating, laundry duties.  There are usually leisure and meeting facilities on “campus” as well.

The majority of cohousing communities are 15 to 35 private and individual homes built around a common area that encourages interaction. These “intentional neighborhoods” invite residents to be “neighborly” and stay socially active. Residents regularly and collaboratively plan community activities, meals and shared spaces. – Kathy Gottberg, Huffington Post, 3/25/16

The advantages to elder cohousing are many. Some of the most obvious are the social dynamics of community living. Residents are encouraged, even expected to do their part – so it’s very difficult to remain isolated in a co-housing environment. I’m sure it happens occasionally, but by definition that isn’t usually an option.

There are also fiscal advantages to cohousing.  The possibility of shared expenses can make cohousing or community based living more economical. Shared expenses can include; Food, Energy, Entertainment, Cleaning Services, and even Transportation options. By definition the model is about sharing.

With the cost of senior housing and in home care skyrocketing, expect to hear more conversations around elder cohousing in the near future. It makes sense for so many reasons… To learn more about cohousing, visit The Cohousing Association of the United States. 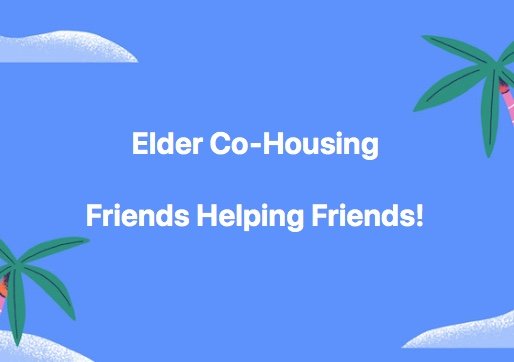 If you’re a boomer or senior, you’ve probably heard the term Aging In Place.  It’s used to describe a preference many older adults have, for wanting to stay in their own homes as long as possible.  Aging In Place is best achieved with certain adaptations in the home that make it a safer environment for the aging adult or couple.

In the elder co-housing environment, members of the home (or homes in many cases) share in the day-to-day activities like cleaning, cooking, laundry, and other tasks. It’s community living at it’s heart, and each member of the tribe is expected to care for one another during the course of their time together.

Here’s an excerpt from a piece we did 8 years ago when we first noticed the “aging with your friends trend”:

Studies suggest that people remain healthier and may live more independently if they have strong community ties. Co-housing fits this prescription perfectly as each member of a co-housing project has duties and contributions they are expected to provide. – The Senior List on Elder Co-Housing, March 2010

The Senior List’s Amie Clark has been watching this trend for over a decade. “The idea of co-housing is not going away anytime soon” says Clark. “For both young and old this communal type living arrangement works, and it’s economical too.”

The Cost of Senior Care

Genworth Financial publishes an annual cost of care survey, and the 2017 results are startling. The median cost of receiving care in an assisted living facilities rose to $3,750 per month, and a private room in a nursing home will run you a staggering $8,121 per month!

As Assisted Living communities get more expensive, aging adults are going to be looking at creative options to age-in-place. Elder co-housing, or aging-with-your-friends might be just the ticket!