Even before the COVID-19 pandemic unleashed chaos in the U.S. healthcare system, a shortage of qualified nursing professionals had long been predicted. With an aging population, led largely by the massive Baby Boomer generation, observers predicted a shortage of registered nurses, nursing instructors, and other nursing professionals that is now continuing to intensify.

Meanwhile, the pandemic has made matters worse. In January 2022, 34 percent of long-term care facilities in the U.S. reported a staffing shortage. Globally, as many as 180,000 healthcare workers have died from the virus.

Although nursing professionals nationwide are facing extremely difficult working environments, the situation on the ground in some states may be better than at the national level. For the past few years, we’ve conducted regular research into which states have the strongest job markets for nursing professionals, including wage, employment, and cost of living data.

To create the ranking of best states for nurses, we compared wages for registered nurses, nurse practitioners, nursing assistants, and home health/personal care aides to local housing costs and expected job growth in each state (see the bottom of the page for our full methodology).

For the second year in a row, New York remained the top state in our final ranking, followed by Delaware and Arizona, which were sixth and 10th, respectively, last year. Oregon and North Dakota round out the top five best states for nursing professionals. Kansas had the lowest score – just one point worse than Alabama – which was the bottom-scoring state last year.

Wages and expected job growth were the most decisive factors when it comes to the best and worst states in our analysis. For example, Kansas was the worst-ranked state for nursing professionals given its relatively low wages and stagnant job growth projections. Conversely, while top-ranked New York has one of the least affordable housing markets, wages are high, and long-term job growth is among the best in the nation.

Comparing the most recent wage figures to the previous year shows that all four jobs have seen salaries rise slightly, though the single-year changes are quite modest. For each job, the changes do not keep up with the surge in inflation we’ve seen over the past year. For example, if their wages were to keep up with inflation, the average nurse practitioner should earn about $118,000 today, rather than the roughly $113,000 reported by the U.S. Bureau of Labor Statistics in March 2022. Nursing assistant wages come the closest to keeping up with year-over-year inflation rates.

However, taking the longer view, wages for nursing professionals have stood up to inflation over the long term. Since 2012, they’ve risen by an average of 27 percent, which is higher than the cumulative 18 percent inflation rate that’s occurred in the same time frame. It’s worth noting, though, that while most of the job roles we examined are well ahead of inflation, wages for registered nurses are just four percentage points ahead.

As wages have risen, so have employment levels for nurse practitioners, home health aides, and registered nurses has increased since 2012. Even more growth is on the horizon, due to an aging population that may drive demand for medical services of all types.

Nurse practitioner employment jumped by 120 percent since 2012. State-level regulatory changes have provided more autonomy for nurse practitioners, which make this job very attractive for those interested in advancing their medical career. Depending on what degree they have, an RN can become a nurse practitioner in as little as two years.

Our analysis also shows that total employment for nursing assistants should experience a small rebound by the end of 2023 and an even bigger one over the next several years. In fact, all four jobs are projected to experience healthy growth through 2028, led by employment of home health and personal care aides — a 29 percent jump over the next half-decade or so. As more and more older adults continue to age in place, these individuals will comprise an even more important plank in the senior healthcare system. 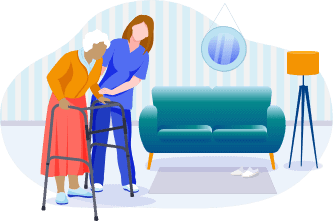 Jobs that require extensive training also come with better wages: In most states, nurse practitioners, who are licensed to provide many of the same medical services as physicians, can earn six-figure salaries. 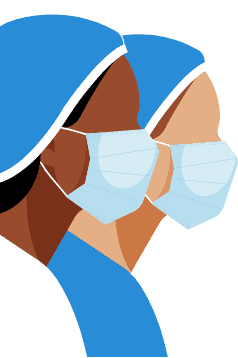 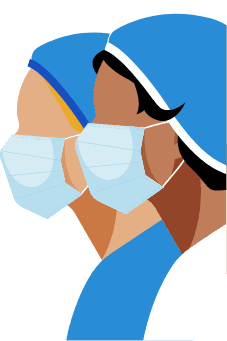 In some states, wage increases are helping offset the rising cost of housing, according to the federal data we analyzed. But there’s an important caveat — these figures are not available in real-time. Both home prices and rent costs have spiked in recent months, even in areas like New York City that have rent stabilization policies. And despite increased interest rates, the market for home purchases remains uber-competitive.

For the most part, housing is becoming more affordable for the average nursing professional, especially those with more advanced degrees. Though there has been improvement, housing is still not affordable for many home health aides or nursing assistants.

For today’s nursing professionals, New York has the highest combined employment rate, well ahead of second-place Minnesota. And as we’ve seen, for the most part, nursing jobs should become easier to come by over the next half-decade.

An increase in nursing employment would be welcome news for states that are already struggling to keep up with demand for nurses. On a national level, the U.S. has about 24 nursing professionals for every 1,000 residents, but many states fall far short of that average. In Georgia, for example, there are only about 15 nursing professionals for every 1,000 people, while New York has the second-highest rate, behind only Washington, D.C.

These conditions were in place before COVID-19, which has undoubtedly worsened the situation. In Georgia, the state with the worst nurse-to-resident ratio, wave upon wave of the virus led experienced nurses to leave the profession as the toll of the job became too great. A 2021 survey by healthcare staffing agency Vivian found that 43 percent of nurses were considering leaving the industry.

Still, even in the short-term, nursing employment is projected to grow — rapidly in some cases. Because of their variability, we didn’t include short-term employment projections in our final tally, but they are worth considering.

For the most part, the next year-and-a-half should bring double-digit growth in most states for nurse practitioners, though Mississippi is expected to see employment for all four occupations fall through the end of 2023. Of the 635 occupations for which short-term growth rates were available in Mississippi, fewer than half will see employment expand over the next year.

Projected Change in Nursing Employment, 2021-2023 By Occupation and State

As we mentioned, most healthcare jobs will continue to be in high demand in the near-term and the long-term due to the growing population of senior citizens and pandemic-driven turnover rates, but the robust growth in most healthcare jobs nationally is not necessarily reflected on the state level.

For example, all four occupations are expected to shed jobs over the next year in Mississippi. The overall population in the state has declined over the past 10 years, and many college graduates are leaving Mississippi once they get their degrees.

On the other hand, Arizona had the highest average growth rate in the four nursing jobs we analyzed, including double-digit growth in just the next couple of years for home health/personal care aides and nurse practitioners.

Arizona had one of the highest population growth rates over the past 10 years, expanding by 12 percent between the 2010 and 2020 censuses. And the state grew by almost 100,000 people between 2020 and 2021 alone. At the same time, the state has gotten older, going from about 14 percent of the population being 65 or older to about 18 percent, the 13th-fastest rate in the country since 2010.

About 90 percent of U.S. nurse practitioners are involved in primary patient care, and nursing professionals provide the bulk of care in long-term care centers. That makes nurses and related workers the backbone of the medical system. Though COVID-19 has certainly taken its toll, the employment outlook remains positive in most states for nursing care professionals.

To create our analysis of which states are best for nursing professionals, we consulted several governmental data sources:

Every state was assigned a point value relative to its ranking in the category; the higher a state ranked, the more points it scored up to 51 per category across these 17 metrics.

Here is a complete list of states and their scores: