Cheapest Cell Phones for Seniors in 2022

If you’re on a budget, there are several affordable cell phone options that are both user-friendly and reliable for older adults. While many models might not have the most advanced features, they still have the essential features, such as voice calling and messaging, to help you stay connected with loved ones. In this guide, I’ve compiled a list of some of our favorite affordable phones that are senior-specific, durable, and easy to use on a daily basis.

Share: copied!
The Senior List is compensated when you click on the provider links listed on this page. This compensation does not impact our ratings or reviews.
1
Alcatel GO FLIP 4 - Best Overall Budget Phone 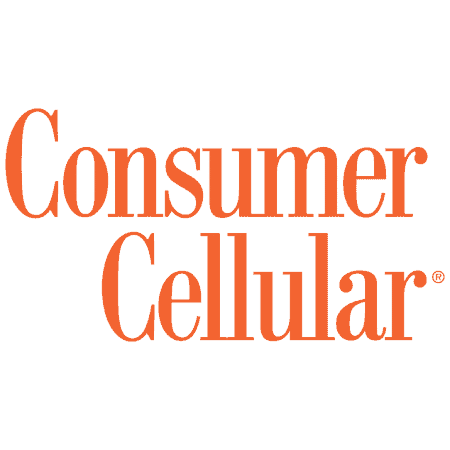 Cheapest Phones for Seniors in 2022

What Should You Look For in a Budget Cell Phone

Naturally, if you’re looking for a phone on the cheaper side, then you’ll have to give up some of the more advanced features of the most modern handsets. Unfortunately, the phones on this list won’t support facial recognition, nor will they produce professional-quality photos.

With that said, you’d be surprised by the quality of these affordable phones, all of which cost under $200. Some of them have touchscreens, some of them are waterproof, and several of these phones even have some smart features like video calling and voice commands.

Here’s what we looked for when it came to budget phones for seniors.

The Cheapest Cellular Provider For Seniors

With all the options out there, it can be a bit confusing to figure out which cellular provider gives the best bang for your buck. In terms of major providers, our current favorite is T-Mobile, whose trio of 55+ Unlimited Plans start at $27.50 per line per month and give you unlimited talk, text, and data.

Still, for the user looking to make calls and send text messages only, Lively and Consumer Cellular offer custom plans. With these providers, you can select the number of minutes, number of messages, and amount of data you anticipate using each month. Especially for those of us who don’t use our phones too heavily, these providers can offer significant savings.

The Cheapest Cell Phones For Seniors

After extensive research and testing, we’ve narrowed the list of options down to five phones. While some of them are significantly more affordable than others, we’ve concluded that each of the following phones gives you a tremendous bang for your buck.

Without further ado, here is the list of the best budget phones for seniors.

Cost: $96 when purchased through T-Mobile

Available through T-Mobile, the Alcatel GO FLIP 4 combines the advanced features of a smartphone with the accessibility of a traditional device. For convenience, this phone is equipped with shortcut keys to respond to messages and call your loved ones faster.

Some of the notable features from this phone include large buttons and a 2.8-inch internal display. What’s more, you can easily customize settings and enlarge text or adjust screen brightness to your preference. You can also use your favorite apps and everyday tools like the calendar, email, and alarms to stay connected and productive. With a long-lasting battery providing over 12 hours of talk time, this is a budget-friendly flip phone with advanced features.

When I tested the call quality, I was surprised to go through an entire conversation without background noise or distractions, thanks to the clear VoLTE calls with 4G connectivity. For a one-time charge of $96 plus tax, you can choose from a variety of affordable monthly plans, with discounts for seniors ages 55 and up.

T-Mobile plans for the Alcatel GO FLIP 4 start at $40 per line per month to $65 per month for their most expensive unlimited talk, text, and data plan. You can choose from three senior plans: Essentials 55+, Magenta 55+, and Magenta MAX 55+. All plans include unlimited talk and text along with 5G access at no additional cost.

Cost: $74.99 when purchased through Lively

Designed specifically with seniors in mind, Lively’s Jitterbug Flip2 is both easy to use and affordable. Its buttons are large, and its screen is bright, making it a breeze to navigate through messages and calls.

This cell phone is equipped with both basic and advanced features. It boasts a large screen, 8 MP camera, and talk time of up to 12 hours. What’s more, this cell phone is hearing aid compatible and great for older adults with hearing loss. It’s also visually easier to use, with intuitive buttons and an Urgent Response button located directly on your keypad for easy access during emergencies or falls.

For $74.99, this affordable cell phone is worth the price because you get the essentials of a flip phone in addition to a powerful speaker for clear calls, Amazon Alexa for easy voice commands, and medical alert features such as the Urgent Response button.

In terms of plans, the Jitterbug Flip2 requires a monthly plan and activation fees. You can either keep your existing number or get a new one when selecting a plan. Currently, Lively offers the Value Talk & Text plan for seniors who don’t talk and text as much, for $14.99 per month, and the Unlimited Talk & Text plan for older adults. This plan is the recommended plan, starting at $19.99 per month, as it includes unlimited minutes and texts. Keep in mind that if you select the Value Talk & Text plan, you’ll be charged 10 cents per text or photo message that you send or receive. If you go over your allotted 300 monthly minutes, you will be charged 35 cents per minute.

To learn more about this provider, check out our rundown of Jitterbug phones.

If you’re looking for a simple phone, one with the added protection of a medical alert device, then the Jitterbug Flip2 is right up your alley.

Cost: $44.95 when purchased through Snapfon

With a simplified touchscreen and a lightweight design, the Snapfon ezFlip 4G is a great no-contract option for seniors. With eight speed dial keys, older adults can save time and get connected to loved ones faster. What’s more, this phone has a bright screen with a streamlined navigation menu to access important messages and apps.

For the price, the Snapfon ezFlip 4G offers the convenience of a flip phone with advanced features like a large red SOS button on the back of the phone. If you want added peace of mind, this phone is a great tool to have, especially during emergencies.

During an emergency, all you have to do is press the SOS button, which will alert five preselected contacts on your list by call and text. Many medical alert systems can be costly and bulky, but this flip phone comes equipped with a convenient SOS button at an affordable price. Overall, this phone has a range of affordable monthly plans that give you the option of adding data.

To learn more about this provider, check out our Snapfon review.

The Jitterbug Smart3 takes all of the features of a modern smartphone and presents them in a simple package accessible to users of all skill levels. Each of its features is laid out in an intuitive menu, and the Smart3’s 5.5-inch touchscreen makes it easy to swipe through each of them. In addition to a rear 13 MP camera, this phone also has a front-facing camera, perfect for making video calls to friends and family.

Much like the Jitterbug Flip, the Smart3 also can be paired with a Lively health and safety package, turning your smartphone into a fully functional medical alert device. Using the dedicated 5Star button, users can access the Lively monitoring center 24/7. Additionally, with the Preferred and Ultimate plans, you can get around-the-clock access to registered nurses and doctors who can provide medical advice.

To learn more about this phone, read our Jitterbug Smart3 review.

Plans for the Jitterbug Smart3 start at $17.48 per month; however, this includes only 250 minutes of talk time, 100 MB of data, and no texts. For $59.99 per month, you’ll get unlimited talk, text, and data. Additionally, you’ll receive a discount on your cellular plans when you also sign up for a health and safety package.

Cost: $59 when purchased through Consumer Cellular

For just $59, Consumer Cellular Link II is a great option for seniors who are looking for a durable and budget-friendly phone. With hearing aid compatibility, a 2.8-inch display screen, and a large, classic 12-key keypad, this phone is great for basic tasks.

This phone is also lightweight, making it easy to store in your pocket compared to other clunky smartphones, which tend to have larger screens and weigh more. With a battery that gives you 14 hours of talk time, you can rely on it and go without long periods of charging when you’re on the road. Instead of other providers like Lively, which typically charge activation fees, Consumer Cellular doesn’t charge anything for activation.

If you’re a budget-conscious senior, this reliable cell phone lets you enjoy basic calling and texting with loved ones. If you’re not into advanced features, then this is definitely a great phone for seniors. Although it doesn’t have a great camera, it does provide Bluetooth connectivity, FM radio, and clear calls with minimal disruption. Overall, I’d recommend this phone for seniors who are looking for a cheaper cell phone that can last longer on a full charge. Plus, if you’re an AARP member, you could receive up to 5% off on monthly service from Consumer Cellular.

Consumer Cellular lets you choose the number of lines you want to add to your plan. They currently offer the option of choosing from data plans ranging from $20 to $55 per month. But if you don’t want to opt for data, you can stick with their Unlimited Talk Only Plan, which is priced at $15 per month and includes unlimited talk and premium nationwide coverage. For $15 per month plus the cost of the Consumer Cellular Link II phone, you’re looking at a first-year cost of around $239 — which is nearly the cost of purchasing a smartphone these days.

To learn more about this provider, read our Consumer Cellular review.

For under $200, there are a variety of solid cell phones that can help you with communication and managing your daily tasks. To learn more about our favorite phones, check out our helpful guides: