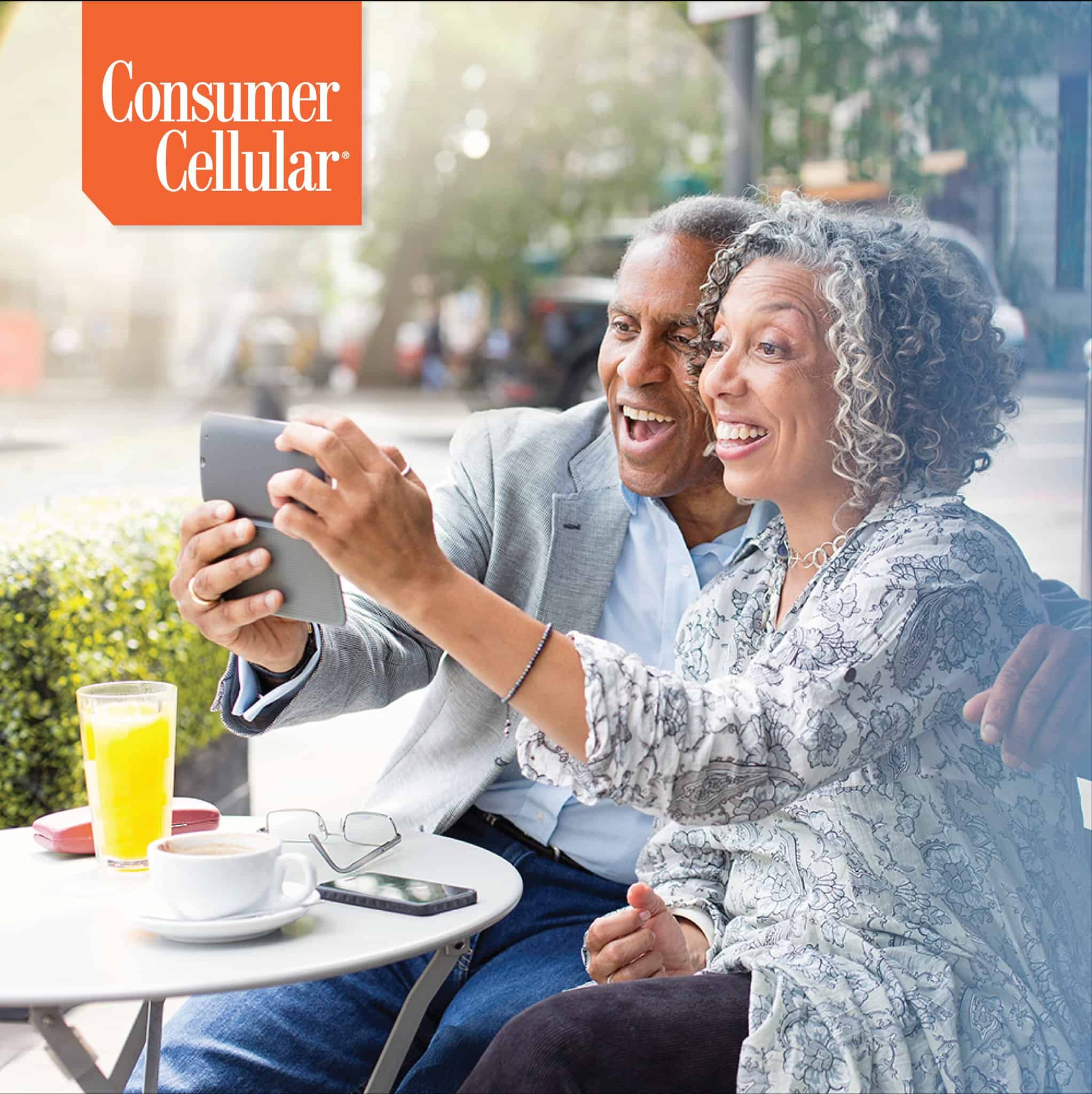 Are you sure Consumer Cellular is right for you?
See Our Top Rated Phone Plans

Share: copied!
The Senior List is compensated when you click on the provider links listed on this page. This compensation does not impact our ratings or reviews.
Pros & Cons Plans Phones AARP Discount Bottom Line 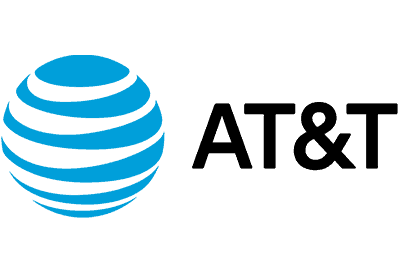 Consumer Cellular offers some of the most affordable cell phones and plans; however, in my experience, their customer service can be a bit shoddy. Still, if you’re looking for budget-friendly cellular plans, and you’re not afraid of confusing return policies, then Consumer Cellular might work for you.

Ordering a phone through Consumer Cellular is just about as easy as it gets. In addition to Target and some independent retailers, Consumer Cellular devices and plans can also be purchased through their website, which is what I did. Here I was able to view a list of each of their plans and the devices that could be used with them.

Phones themselves can be purchased with either a one-time payment or several interest-free installments, and the service plans clearly state their cost in addition to what else is included.

Before I chose a phone, I had to decide on a service plan. Consumer Cellular offers a wide range of plans, (seven, to be exact), and each of them included some amount of talk time, text messages, and data allowance. These plans are divided into two groups, Talk Only and Unlimited Talk and Text. Let’s take a closer look at the differences between the two.

Ultimately, I decided to sign up for Consumer Cellular’s Unlimited Talk and Text plan with Unlimited Data, which would normally cost $60 per month. However, Consumer Cellular offers discounted rates for additional lines. Since I purchased three lines for myself and my children, the total cost for my service plan came to only $30 per month per line, meaning my grand total for service was $90 a month. Now, I can see why this might seem expensive to some, but considering comparable plans from major cellular carriers could run upwards of $200 a month for three people, I was impressed by how much of a bargain I was getting.

FYI: For only $15 a month, you can add on one or more phones to any existing Consumer Cellular plan, making it both easy and affordable for couples and families to share a wireless plan.

Consumer Cellular offers an impressive array of phones, ranging from simple flip phones to the latest offerings from Samsung, Motorola, and Apple. I can safely say that they have something to satisfy almost any taste or need. For example, there’s my father, an older man who has had the same flip phone since the early aughts. It frustrates him that even though he needs a new phone, his major carrier no longer offers simple devices made for calling and texting only. Fortunately, Consumer Cellular has a user-friendly flip phone known as the Consumer Cellular Link II, which fits the bill.

On the other end of the spectrum, Consumer Cellular offers the iPhone 13 Pro Max with a 6.7” retina display and cinematic mode to the Samsung Galaxy A12 in 32GB with an ultra-wide lens to capture memories.

While it’s easy to assume that these types of cutting edge smartphones supersede the needs of most older adults, I wouldn’t be so quick to assume. Studies show that roughly half of seniors with cell phones have smartphones, and the older people that I know get more technologically advanced by the year.

Ultimately, I decided to test out three different phones from Consumer Cellular, the Doro 7050, the iPhone SE, and the Samsung Galaxy A12. Each of them had their own unique set of features, but more on that below.

Keep Your Phone: If you happen to already be using a phone on another network, you can transfer this device to a Consumer Cellular plan with one of their SIM cards, included when you sign up for a service plan.

Consumer Cellular currently offers 17 phones. Check out our detailed chart for a breakdown on pricing below.

If you’ve ever activated a cell phone before, then have no fear because Consumer Cellular’s setup process is just about the same as any other network. If you haven’t ever activated a cell phone, well, the process is easy as pie. In about one week, each of my phones was shipped to my home. I unboxed them and plugged them into the included chargers. Once they had fully charged, all I had to do was call a number on the back of the box, confirm my information with the support team, and then start using them.

How My Phones Worked

In terms of phones, I purchased the Doro 7050, the iPhone SE, and the Samsung A12. Between the three of these phones, I got a good sense of the range of options from Consumer Cellular. Let’s take a closer look at each of them:

This is one of the most affordable options that Consumer Cellular has, and it’s one of two phones that feature the classic clamshell design of yore. I’ve got to say, there’s something I missed about the tactile experience of a flip phone, perfect for an older adult who wants to stick to the basics. For starters, its buttons are actually raised rather than on a touch screen, and they’re backlit so I could see them even in the dark. With nearly half of people over the age of 65 suffering from arthritis, the size and spacing of these buttons made it easy to dial a number or type out a text message. When I made calls with it, I noticed the volume of the receiver was appropriately loud and clear.

Additionally, the exterior of this phone featured an assistance button, which, when I pressed it, called a number that I had chosen, which happened to be my husband. However, it could also be another emergency contact or service like the police. This feature in particular made this phone seem like an ideal option for older adults. Sure, the Doro 7050’s 3MP camera wasn’t going to help me win a Pulitzer in photography, but for those of us looking for a simple way to remain connected on the go, the Doro 7050 is a solid option.

FYI: If you’re looking for a great flip phone, check out my Jitterbug Flip2 review and my list of the best flip phones for seniors.

Originally released back in 2016, the iPhone SE packed in enough features to impress me, though my technophile kids looked at the thing as though it were a fossil. Regardless, I appreciated its 12MP camera, which captured photos in accurate coloration. In addition, the smartphone had the intuitive menu screens that I’ve come to expect from Apple products. But what about the phone itself? Well, I’m happy to report that the actual phone portion of this smartphone worked beautifully. The audio quality was crystal clear, even when I took the phone on bike rides through the wilderness. Plus, even though it operates through a touch screen, I rarely found myself pressing the wrong button, although this could be an issue for those with arthritis.

While Apple says that the SE’s battery life lasts for 26 hours of call time, my phone seemed to last even longer during testing. For the more adventurous buyer, someone looking for not just a cell phone but also a camera, music player, and television, the iPhone SE is a good choice. Even if the idea of using a smartphone is a bit intimidating, the SE’s intuitive design made it easy to explore its wide array of features.

Similar to the iPhone SE, the Galaxy operates primarily through its 6.5” touch screen; however this phone features a higher resolution, which came in handy while browsing the web for complicated dinner recipes. With up to 32GB of internal storage and Bluetooth and voice recognition capabilities, this device is user-friendly and great for older adults who want to stream music or stay connected with loved ones. The camera is perhaps one of the best features of this device because it is able to help older adults take clear, crisp pictures while making new memories with loved ones. With an 8.0MP front-facing camera and an ultra wide lens, this device is a must-have for everyday use.

Savings Tip: For most of its devices, Consumer Cellular allows you to purchase RFG-certified returned items, pre-owned devices that have been refurbished and can cost around $100 less than the new factory versions.

For over a decade, Consumer Cellular has been an official partner of AARP, meaning that current members of this group receive a 5% discount on their monthly fees.

Now, I’m not an AARP member just yet, but let’s say for the sake of argument that I was. Since my monthly service charge from Consumer Cellular was $90, this would have added up to an annual savings of $54.

In addition to this generous discount, AARP members receive an extended 45-day money back guarantee on their devices and service plan, 15 days more than that of regular customers. Trust me, I’m counting down the days until I’m eligible for membership and all that it has to offer!

To learn more about AARP discounts, read my guide: Is AARP Worth It?

When it comes to cellular service providers geared towards older adults, Consumer Cellular is a solid choice. Its breadth of phone compatibility ensures that there’s a device for just about any taste or ability level, and the straightforward nature of its service plans takes the headache out of an industry often filled with hidden fees and complicated contracts.

Arguably, the only thing missing from Consumer Cellular would be more robust features for medical alert functionality, like the kind that’s built into the Jitterbug Smart3; however, for those looking for a simple and affordable way to have a cell phone, Consumer Cellular has just what you’re looking for.

If you’d like to see some of our other favorite wireless providers, check out my reviews of T-Mobile plans for seniors and Verizon senior plans.