Are you sure Oticon is right for you?
View Packages 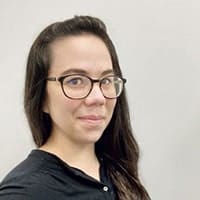 Founded over 100 years ago, Oticon features life-changing hearing aid technology aimed to empower individuals experiencing hearing loss. Especially impressive is Oticon’s BrainHearing technology, which utilizes the way the brain processes sound in order to provide an exceptional listening experience. All of their hearing aid devices are outfitted with this technology for clear sound quality and speech understanding.

Currently, they offer Oticon CROS PX, which is a new rechargeable transmitter, and Oticon CROS, which supports the way in which the brain comprehends sound. Let’s take a closer look at Oticon hearing aids and why they might be the right choice for you.

Pro Tip: If you’re looking to purchase or try a new pair of hearing aids, be sure to read my guide to this year’s best hearing aids.

Did You Know: Did you know that all of Oticon’s devices have built-in BrainHearing technology that supports how your brain processes and understands sound?

I’ve listed a few of my favorite Oticon hearing aid models below for your perusal. Their latest hearing aid model is the Oticon More, followed by OticonEdu Mic that can be used by teachers and other paraprofessionals in the classroom.

Oticon More is Oticon’s newest, most technologically advanced model, and it works for hearing impairment of all levels. With Bluetooth connectivity to a wide range of devices, Oticon More is a Behind the Ear (BTE) hearing aid that uses rechargeable batteries and is compatible with Oticon’s mobile app, Oticon ON for an array of programming functions.

This model is the only one from Oticon equipped with Deep Neural Network technology. It also features tinnitus masking. The caveat with this device is that it is a bit larger than the previous model. I noticed that it was uncomfortable to wear with glasses. Additionally, this hearing aid is not compatible with Android phones.

This new discrete model provides an enhanced sound and learning experience for students in the classroom. Teachers can use Oticon’s new wireless remote microphone system to assist children with hearing loss with the touch of a single button. These pediatric hearing aids consist of built-in OpenSound Navigator, which helps students have a better 360-degree listening experience. Additionally, the device’s 2.4 GHz technology can connect to as many hearing aids as possible, and teachers can wear it as a lanyard or clip.

Oticon Opn S models are geared towards those with mild to severe hearing loss. As with Oticon More, the Opn S models come with the capability to track and program functions through Oticon ON. Bluetooth compatible, this series also includes Oticon’s OpenSound Optimizer, which eliminates annoying whistling that can sometimes happen with hearing aid use.

FYI: Oticon is not the only brand to offer tinnitus solutions. To learn more, read my guide to hearing aids for tinnitus.

Advertised on Oticon’s website as the world’s most powerful hearing aid, Oticon’s Xceed models work for individuals with severe to profound hearing loss. Like the Opn S series, the Xceed comes with OpenSound Optimizer and is Bluetooth capable.

Did You Know: If you have more advanced hearing loss, you might want to look into a hearing aid for severe hearing loss.

The Oticon Ruby is advertised as made to move, because it improves speech understanding and helps you enjoy every moment with freedom. For those experiencing mild to severe hearing loss, the Ruby boasts rechargeable batteries and easy connectivity with a long-lasting battery life. This model is Bluetooth capable and is compatible with Oticon’s mobile app, as well. Currently, Oticon Ruby comes in your choice of five behind-the-ear styles and colors.

Currently, single-sided hearing loss affects between 12-27 individuals out of every 100,000 people, according to recent studies. Oticon CROS is a transmitter and hearing aid combo that helps individuals with single-sided hearing loss. Using technology to balance out sound and make hearing easier, the CROS is Bluetooth-capable. It also includes the OpenSound Optimizer and comes with Oticon’s TwinLink dual-streaming technology. You can choose from either the Oticon CROS PX model or the original Oticon CROS.

FYI: Studies show that the cost of hearing aids is often a deciding factor for seniors that often leads to individuals who need hearing assistance going without. There are a number of affordable hearing aids to explore.

How to Purchase Oticon Hearing Aids

As Oticon does not offer direct-to-consumer sales, the only way to purchase their hearing aids is to see a health care provider. If you do not have an audiologist, the Oticon website has some helpful features that can point you to a hearing healthcare provider in your area. Once you have met with one of these specialists, they can walk you through the process of purchasing Oticon hearing aids from their office.

Pro Tip: If you’re looking to purchase hearing aids without seeing a professional, read my guide to over the counter hearing aids.

Pro Tip: If you’re looking for other brands that offer tinnitus relief, you might want to look into Phonak, Widex, and Signia. Read my article, Best Hearing Aids for Tinnitus.

Did You Know: Did you know that you can try Oticon More risk-free? Just fill out a form, make an appointment to begin your risk-free trial, and get a $50 gift card for registering your device and providing feedback.

Do note, however, that Oticon More is not compatible with Android phones.

Since Oticon does not deal directly with consumers, they do not deal with individual returns or warranty issues. Requirements and warranty coverage will vary depending on the provider you choose to use when purchasing your Oticon hearing aids.

With their wide range of devices that can suit just about any type of hearing loss, Oticon is definitely a great company to consider when buying hearing aids.

To learn more about other hearing aid brands and the various ways to pay for them, check out some of my hearing aid guides:

Kasey is passionate about explaining hearing loss and communication strategies to her patients and their families, helping them get back to effective and fun communication. Her experience in public and private healthcare in the U.S. and abroad gives her perspective and familiarity about all sides of the hearing aid market. She studied linguistics at Rice University and got her Au.D. (Clinical Doctorate in Audiology) at the University of South Florida. When she is not helping her patients make the best decisions about their hearing health care and hearing aids, she enjoys photography and painting, in addition to hiking the hills of Scotland with her partner and kids.