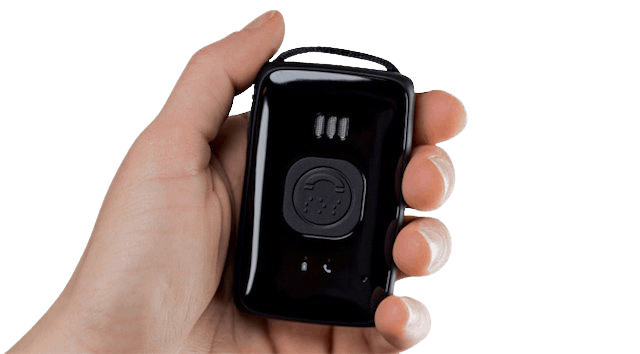 Share: copied!
The Senior List is compensated when you click on the provider links listed on this page. This compensation does not impact our ratings or reviews.
Pros & Cons Systems Overview Using the System Pricing Final Thoughts

With more than 30 years in the medical alert industry, ResponseNow is one of the most trusted names in personal safety. The company’s affordable systems offer protection for users both in and out of their homes, but how well do they work?

I will take you through the process of choosing, setting up, and testing ResponseNow’s Belle+ device. You should soon know everything you need to decide whether ResponseNow is right for you.

Pro Tip: Do you want to learn more about staying safe in your home? Check out my comprehensive guide to medical alert devices. 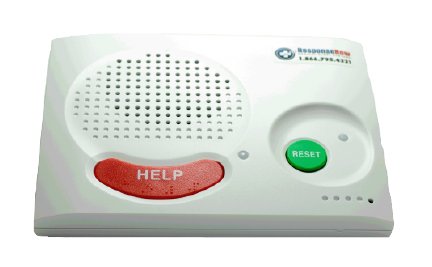 ResponseNow offers three options for medical alert systems. Each has its own functions and available add-ons, such as an in-home landline option and a portable pendant with fall detection.

FYI: Only the Belle+ and In the Home systems work with fall detection.

I wanted to focus my review specifically on the Belle+. The process of purchasing the system was incredibly pleasant. After checking out products on ResponseNow’s website, which was informative and easy to navigate, I called a friendly customer-service representative, who informed me of multiple purchasing options.

ResponseNow offered the first month of service free to test the product to determine whether it was the right fit. It was nice to have multiple contract-length options, since older adults’ lives can change quickly. I didn’t have to worry about being stuck in a contract I didn’t want. Even if I chose an annual plan but ended up not using it for the entire period, ResponseNow would provide a refund for the remaining months.

Upon receiving my Belle+ system, I opened the box and found the following:

The Belle+ was fairly easy both to set up and to use. I plugged in and charged the pendant for three hours, and the charge lasted five days. On the fifth day, I received a text and an email saying my Belle+ was close to running out of steam. This feature was especially nice since I have a busy lifestyle, and things like that often slip through the cracks.

After the pendant was charged, I pressed the button in the middle of the device. Since it’s one of the only buttons, there was no confusion about what I was supposed to press. After just a few rings, I was connected with an emergency responder who already knew my name. After reassuring him that I was just testing the device, he assured me I would be getting the best care with ResponseNow. We had this conversation while I strolled around the house, making sure the connection remained strong. I even wandered outside in both the front and backyard and around the neighborhood, covering well over 1,000 feet. As I had hoped, the communication lines remained clear and stable no matter where I went.

I left the device on for the remainder of the testing period (except when it was charging every five days). I brought the Belle+ with me wherever I went — to the store, to my friend’s house, in the garden, on a walk. I often forgot the 2.3-ounce system was hanging around my neck. When I bent over to do dishes or play with my pets, however, the device sometimes got caught on knobs, handles, and toys. It was slightly frustrating, but I got used to tucking the pendant into my shirt while doing more movement-intensive activities.

I tested the device a handful of times. Each time, I was quickly connected with emergency personnel, who made sure I was OK and asked if I needed assistance. I also acted out a fall to test the fall-detection feature. Not once was I left without someone equipped to handle the emergency. The 24-hour availability of these professionals made me more comfortable sleeping at night and going out early in the morning.

I did not have to purchase the ResponseNow system. Instead, I leased it. Regardless of which system you choose, your equipment leasing costs and monitoring fees will be lumped together in the cost of your monthly subscription. The Belle+ system is $49.95 per month, the Belle goes for $39.95 per month, and the in-home system costs $29.95 per month.

ResponseNow does not require you to lock in to a long-term contract, but it does offer discounts if you pay on a quarterly or annual basis. If I’d chosen an annual plan for my Belle+, it would have cost $44.95 per month instead of $49.95.

For more information on the costs of ResponseNow systems, check out the ResponseNow costs page.

When it comes to purchasing a medical alert system, I recommend the ResponseNow system for any older adult with an active lifestyle. The unlimited range and long battery life make the Belle+ perfect for people who are often out of the house or going on trips. The features of the Belle+, such as the GPS tracking function, are especially useful for anyone who frequently travels.

To learn more about my favorite devices, check out pick for this year’s best medical alert system.

I’d recommend ResponseNow if you want:

I wouldn’t recommend ResponseNow if you want: