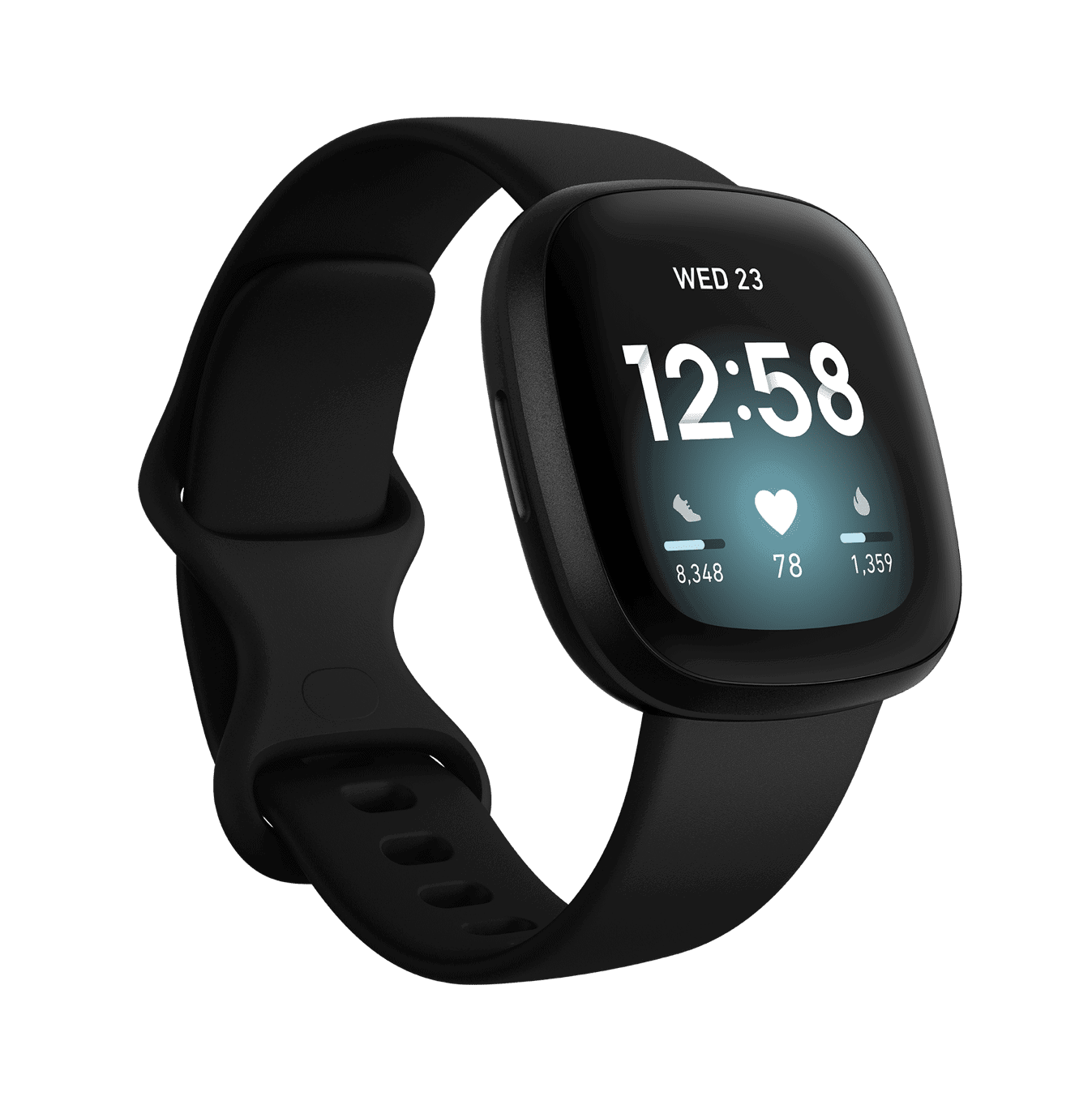 Fitbit for Seniors: Reviews and Costs

Share: copied!
The Senior List is compensated when you click on the provider links listed on this page. This compensation does not impact our ratings or reviews.
Pros and Cons Smartwatches vs. Trackers Fitbit Charge 5 Fitbit Sense Final Thoughts

Check out our team's favorites.

A Fitbit is a personal smartwatch companion for older adults who want to monitor and track their health habits. What’s more, Fitbit models like the Charge 5 and Fitbit Sense feature advanced features like built-in GPS, stress management, and sleep tracking. For seniors who want to monitor their heart or don’t want to miss important calls, a Fitbit can be a helpful device for accomplishing this, in addition to helping you meet daily health and fitness goals.

In this review, I’ll go over two products I tested: the Fitbit Charge 5 and Fitbit Sense, two of the latest versions of the Fitbit family that track your well-being and heart health.

Pro Tip: Looking for more affordable smartwatches for daily use? Read our guide to senior smartwatches.

Pros and Cons of Fitbit

Fitbit offers both smartwatches and health tracker devices for seniors. Fitbit smartwatches are great for older adults who want to monitor their well-being and health. Tracker devices, on the other hand, are great for staying on top of your fitness goals and answering call and text notifications directly from your smartwatch. Both devices help older adults lead healthier lives while being updated about their health on a daily basis.

I’ll go over some of the key features, models, prices, and the ideal scenarios they might be ideal for in the chart below.

For older adults who are on the go and looking for advanced health smartwatches, the Fitbit Charge 5 comes with several impressive fitness and health features. After unboxing my Fitbit Charge 5, I received three main items:

Overall, unboxing my Fitbit Charge 5 was easy and took only a few minutes to complete. Once I downloaded the Fitbit app, I was ready to get started on the unique health and fitness features from my device.

Once I successfully paired and set the Fitbit Charge 5, I received a pop-up notification and permission request for turning on Bluetooth. After granting permission, I accepted the “Privacy and Your Fitbit Device” disclaimer. This told me a little bit more about what my particular Fitbit model can do, such as tracking steps and other health metrics such as SpO2. I accepted the terms and tapped on “Charge your Charge 5.”

Then I had some software updates to install. This took about 40 minutes. Once this was complete, I was ready to use my Fitbit Charge 5.

I was pleased with the long-lasting battery life of this device, as a two-hour charge gave me about a week of battery life. I also appreciated the crystal-clear resolution of the touch screen, which is two times brighter than the previous Fitbit Charge 4.

Some of the standout features of this device included getting heart rate metrics through the Fitbit ECG app. This helps check your heart for atrial fibrillation and you can easily share these results with your doctor. Another handy feature was this device’s phone call abilities. With the Fitbit Charge 5, I was able to get instant notifications, such as calls from loved ones, calendar reminders about upcoming appointments, and social media messages from apps like Facebook and WhatsApp, directly to my wristband.

I also liked that I could check my workout progress with a built-in GPS that showed the distance I walked or hiked without using or constantly pulling out my phone. With a flexible infinity band for workouts or daily wear, the Fitbit Charge 5 is a great companion for older adults who want to be in control of their health and fitness habits.

Inside the box for my Fitbit Sense, I found:

From there, I was given a set of instructions on how to set up the device and download the free Fitbit app to use in tandem with the device. I made sure I put the Fitbit Sense on its respective magnetic dock for a full charge. In the meantime, I downloaded the Fitbit app and set up my Premium trial account.

Installation was just as simple as the other Fitbit models I’ve tested. Once my Fitbit Sense was fully charged on the magnetic dock, I took it out and placed it on my workstation table. Since I had already downloaded the Fitbit app on my iPhone, it took less time to install and go over the device.

From there, I went into the Fitbit app and clicked on the top left corner of the home screen and clicked on my profile/name. I clicked on “Set Up Device” and added Sense to the list of new devices. Once my iPhone was connected to my Fitbit, the Bluetooth connection was established. I was then prompted to either purchase or decline a Fitbit Protection Plan.

The remaining steps and process was similar to the earlier Fitbit I tested, the Fitbit Charge 5. After I followed the instructions for the remaining installation steps, I was ready to use my device.

I could really see myself using Fitbit Sense on a daily basis. With smart health tools like their skin temperature sensor to over 20 fun exercise modes with real-time stats, the Fitbit Sense is like your personal health and fitness coach. The device is so lightweight and comfortable that I often didn’t even realize I was wearing the Fitbit over my wrist.

I was also impressed that the device is water-resistant—up to 50 meters. So, if I were to drop it in the shower or go swimming, it would still be intact while tracking my movement progress. I appreciated the fact that it took me just 12 minutes to get a full charge for over six days, which is quite impressive.

Along with health and fitness smart features, I liked how this particular device lets you take calls without reaching for your phone when connected to Bluetooth. What’s more, I was able to fold my laundry and enjoy a light yoga session with some soft music playing in the background once I downloaded my Pandora and Spotify apps to my Fitbit Sense.

Keeping track of my sleep cycle was a breeze; I was able to get personalized insights on my REM sleep and obtain a daily Sleep Score through the Fitbit app and on my wrist. The only downside is that in order to get an accurate reading, you’ll have to wear the Fitbit Sense over your wrist every night. This might be uncomfortable for older adults who don’t like to wear a large smartwatch every night. Still, I appreciated the unique features because it helped me figure out how to get better sleep and recognize any patterns that disrupted my sleep.

What’s more, the Fitbit Sense also came equipped with All-Day Daily Tracking. I was able to track the progress I made in relation to the number of steps I climbed getting to work or going for a walk around the park with a friend. It showed the number of calories I burned and whether I was meeting my goals for the day. Overall, I appreciated the user-friendly features of the Fitbit Sense, and especially the built-in voice assistant feature to avoid pulling out my smartphone every time I wanted to see a text alert or check my appointments.

For seniors who want contactless payment options, answer calls through their wrist, or simply want a smart device to help them track the number of steps they’re taking per day — the Fitbit Sense is a great option.

Overall, Fitbit has many smart features that make it a great choice for helping older adults stay on top of their health, sleep, and fitness goals. Although the wristband might be tiresome or tedious for some seniors to wear at night or on a daily basis, it can be easily adjusted or swapped out for another band. What’s more, a Fitbit provides helpful health insights such as heart rate, sleep habits, SpO2, and location just by tapping your screen.

While the high price points or opting for Premium membership to access more advanced features might deter some older adults from purchasing a Fitbit — it’s still well worth the technology. Unique features such as stress management, exercise tracking, and sleep tracking and other health and fitness tools prove to be a main selling point for the Fitbit.

If you’re concerned about your sleep habits, or need some nutrition or wellness inspiration to stay motivated, then I’d recommend getting the Fitbit Charge 5 or Fitbit Sense. These devices can also be a great alternative for seniors who want to easily navigate and check their messages instantly just by looking at their wrist instead of taking out their smartphone.

I wouldn’t recommend Fitbit for: