Are Seniors Finding Love in the Time of COVID?

Sixty percent of single seniors say that COVID-19 is having a serious impact on their dating lives.

Like pretty much every other aspect of life, the novel coronavirus pandemic has disrupted dating for millions of people around the world. States, cities, and counties have varied in their response to the pandemic, but some of the most common places for meeting new people are either closed or strongly discouraged, like libraries, shops, and other close-quarters spaces.

Even when people can interact with new potential love interests, social distancing and masks aren’t exactly a recipe for romance. Older adults, who are at an elevated COVID-19 risk, are more likely than other age groups to wear masks when in stores and other public spaces.

According to our research earlier in July, 86 percent of seniors are wearing a mask “every time” they are in public places.

All of this means that it may be even more of a challenge for older adults who are unattached to find a companion and develop a relationship. We recently asked more than 500 Americans 55 and older about their dating habits and whether the ongoing pandemic had put a crimp in their style.

Read on for our full study, but check out the key findings below:

Millions of older adults are technically single, though not all of them are actively looking for love (more on that later). According to U.S. Census Bureau estimates most recently updated in 2018, about 38 percent of those 55 and older are unmarried.

This is roughly in line with other research on healthy aging conducted by the University of Michigan, which estimated that about 66 percent of adults between 65 and 80 are married or partnered. Men were more likely in the Michigan survey to report being in a relationship (73 percent vs. 60 percent of women), which is consistent with Census data.

According to our findings, about 40 percent of older adults are either actively dating or are interested in meeting someone new. 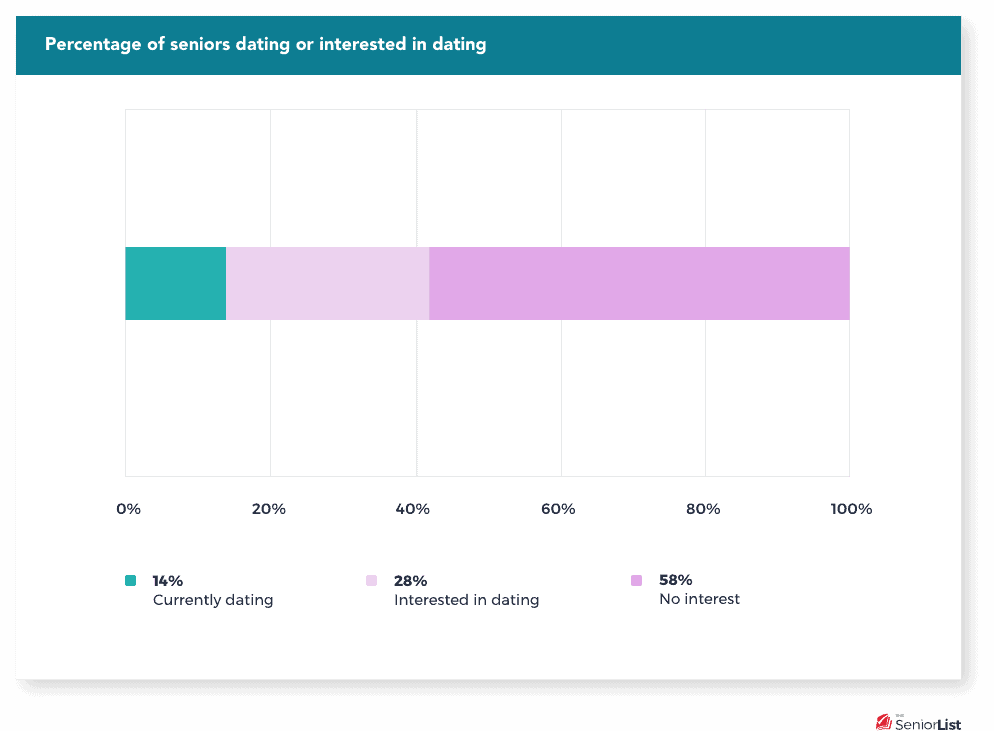 Men in our survey were far more involved in dating than women. About 54 percent of male respondents said they were actively dating or interested in starting to date compared to just 37 percent of women in the survey.

Our survey also found that interest in dating declines with age, as nearly two in three respondents between the ages of 55 and 59 were either actively dating or interested in starting to date compared to just over one in 10 people 80 and older. 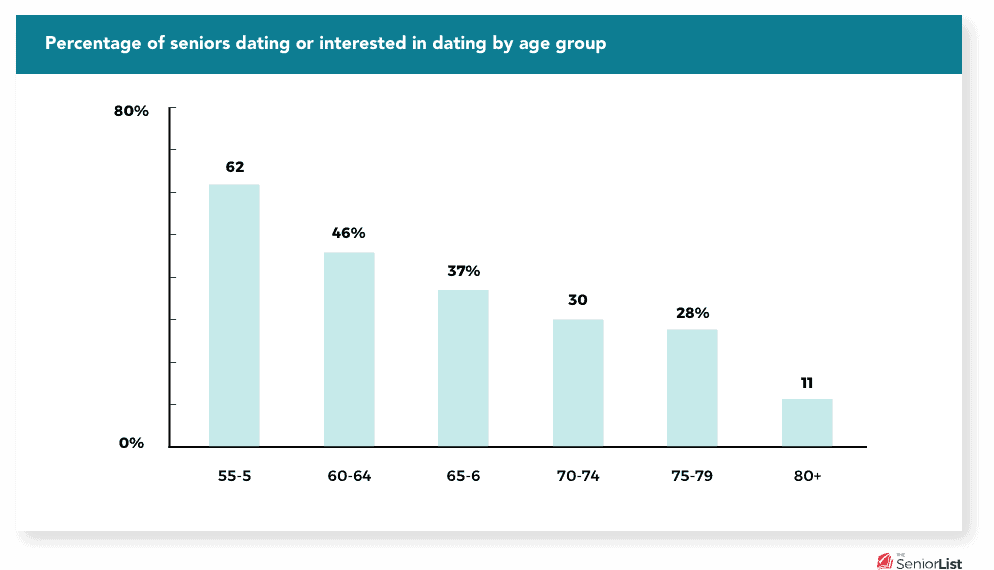 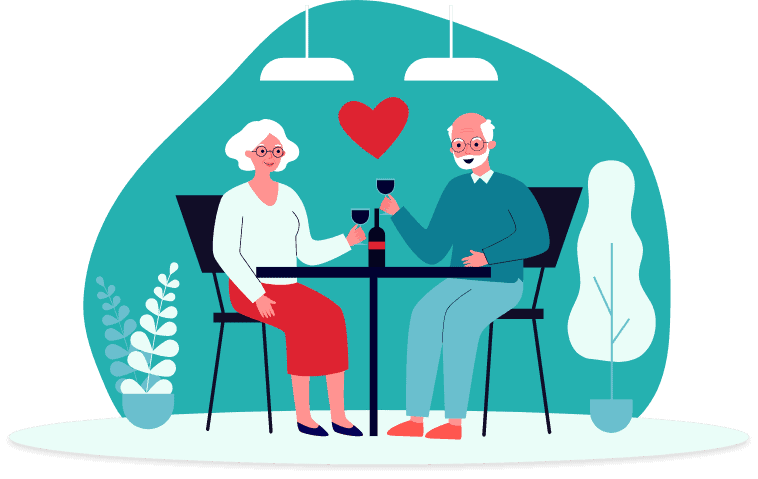 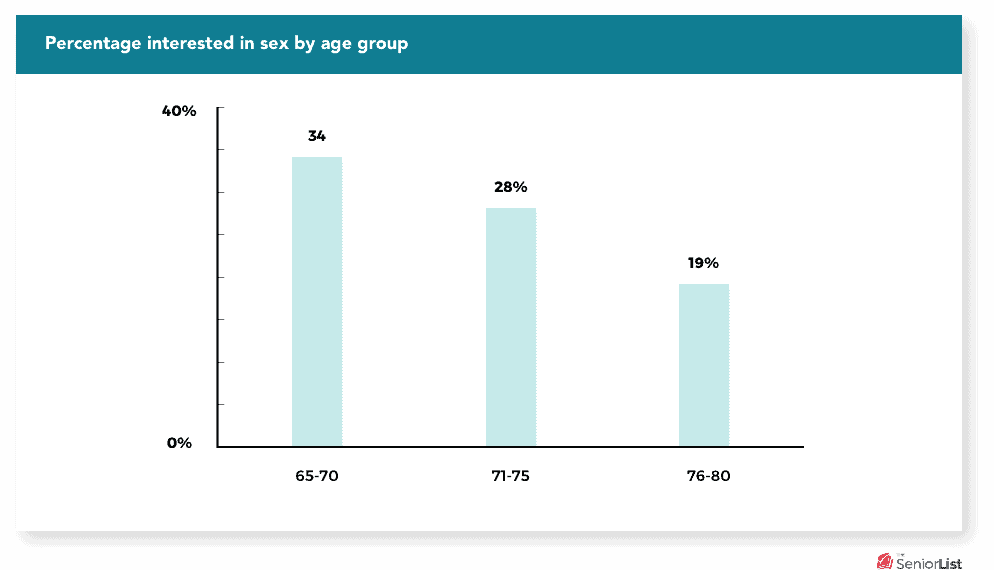 About 40 percent of older adults in the University of Michigan survey were sexually active, and an identical percentage of the single seniors in our survey said they were using online dating sites.

Among all singles, dating behavior has changed because of the pandemic. According to one study, online dating rose globally by 82 percent in early March, when most stay-at-home orders began. Popular platforms like Bumble and Tinder saw similar increases in engagement.

What did our survey indicate about the primary ways dating has changed for seniors in the wake of the COVID-19 crisis? In short, most single seniors said COVID has put a serious crimp in their dating style.

About two in three single seniors in our survey said COVID-19 has changed their dating behavior. Women were more likely than men to report major disruptions in their dating routines, but overall most single respondents said the pandemic has had a major impact on dating for them. 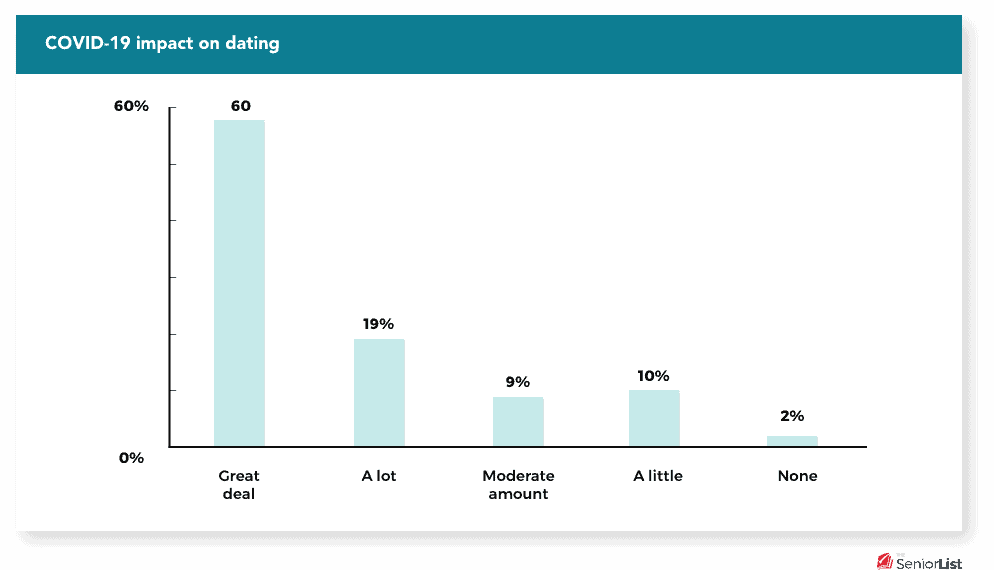 In every age group, women were more likely than men to say COVID-19 had seriously affected their dating habits, with women between 55 and 59 reporting the most severe impact. More than one in five members of that group said coronavirus was having a “great deal” or “a lot” of impact on their dating life.

Our research indicates that seniors may be less likely than other age groups to turn to online dating during the pandemic. The most common change single seniors reported was that they simply were dating less. Knowing what we do about online dating rising generally, this could indicate that seniors are less comfortable, as only about 11 percent of single seniors said they were relying more on dating sites and 7 percent said they’d joined a new online dating platform.

Men who say COVID-19 has changed their dating life were more likely than their female counterparts to say they’re dating less as a result of the pandemic, while women were slightly more likely to report joining a new dating site.

In all but one age group, dating less was the most common COVID-related impact, but nearly 60 percent of respondents 70-74 years old said the types of dates they’re going on have changed compared with only a quarter who say they’re dating less. Including using online dating more and joining a new platform, online dating peaks at 26 percent for those between 55 and 59, notably the youngest group in our study. 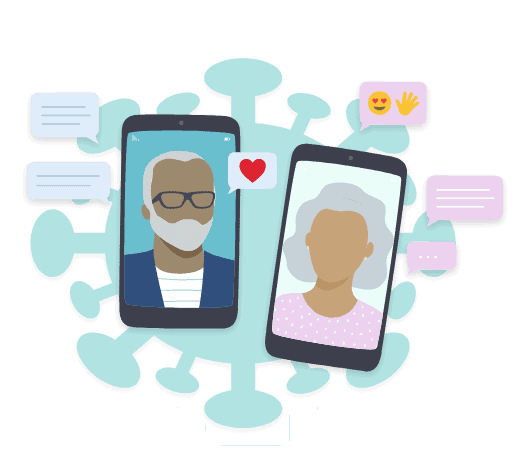 Where Do Single Seniors Live?

Finding someone to date is easier in places where there are large numbers of available prospects. While about 38 percent of all older Americans are unmarried, these numbers fluctuate considerably depending on the state in question.

According to U.S. Census Bureau data, single seniors enjoy their largest percentages in D.C., where 60 percent of people 55 and older are single, or at least unmarried, and the group is at its smallest in Utah, where only 30 percent are unmarried. 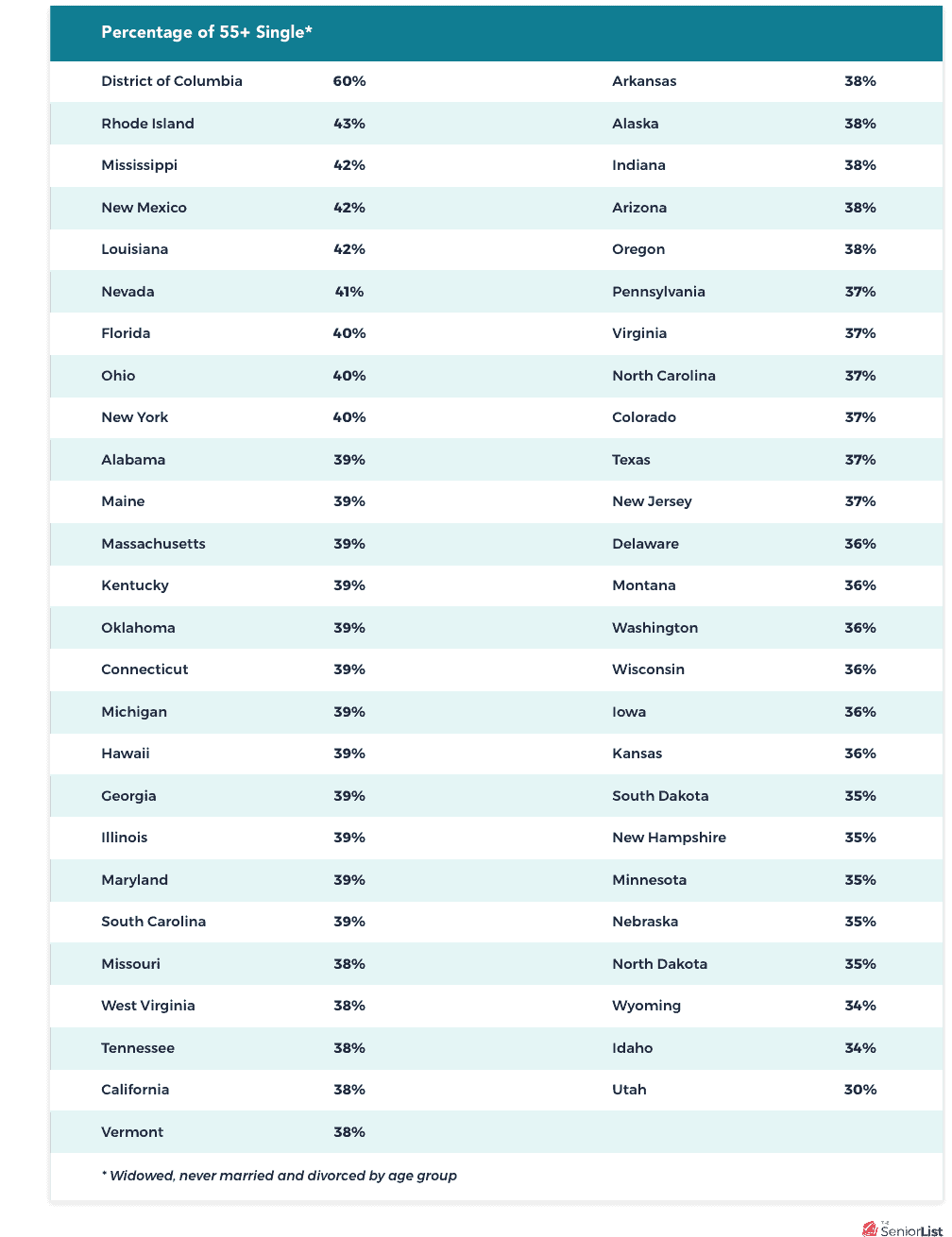 While most single seniors have made some adjustments in the wake of coronavirus, only a handful of those who say the virus has changed how they date said they will simply abstain from dating until the virus passes. Whether seniors will be pickier about whom they choose to date or will simply have fewer in-person dates, our research indicates few single seniors have given up on love in the time of coronavirus.

The Senior List’s research team actively studies aging in place. We publish independent content covering social, economic, political, and geographic topics for seniors. We surveyed 518 Americans 55 and older on their dating habits and whether the coronavirus pandemic had changed the way they look for love.